The Path of Foolishness

For the word of the cross is to those who are perishing foolishness,
but to us who are being saved it is the power of God...

resulting from or showing a lack of sense; ill-considered; unwise: a foolish action, a foolish speech.
2.

This "foolish" plan of God is far wiser than the wisest of human plans,
and God's weakness is far stronger than the greatest of human strength.
Remember, dear brothers and sisters, that few of you were wise in the world's eyes,
or powerful, or wealthy when God called you. Instead,

things counted as nothing at all,

and used them to bring to nothing what the world considers important...
1 Corinthians 1:18, 25-28 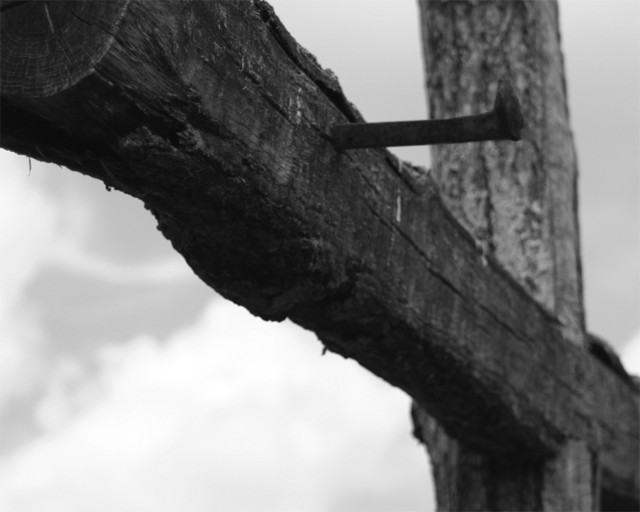 Over the past few days, I have not been able to stop thinking about little Olga. I know that there are thousands and thousands more children just like her who desperately need families, but I also know that the Lord has put this little girl on my heart for a reason! I am praying for her and praying for the family that I believe the Lord is going to raise up for her! I believe that the Lord is stirring hearts for Olga and for the countless others who are in desperate situations.

Adoption sometimes seems like a walk down the path of foolishness.

When the Lord put adoption on our heart, the words "special needs" terrified me. It was unknown and unfamiliar, and the reality of bringing a child into our family who may never be able to grow up, lead a normal life, and leave the nest was (and still is, at times) overwhelming. Trying to explain to others why we were adopting a special needs child was often met with a confused look, and their expressions and comments often communicated their sentiment: "That is the most foolish and absurd thing I have ever heard."

I don't know much about cerebral palsy, but I do know that this is the reason that Olga will spend her entire life in an institution without the hope of ever being adopted. Simply because she was born with this condition. I don't know what life looks like for a child who suffers from cerebral palsy. I don't know what treatments she would need or what therapy she would require. I do have a friend who has 3 little girls, all adopted with cerebral palsy, and I'm sure that she would gladly and willingly share with you the reality of their little lives and answer any questions you might have. Here is a link to Stephanie's blog.

Maybe adopting Olga seems too overwhelming, too daunting, too expensive, too time-consuming, too restrictive, too much, too hard, too soon, too late, TOO FOOLISH.

"For the word of the cross is to those who are perishing foolishness, but to us who are being saved it is the power of God..."

God is able to do all things. PERIOD! He can work miracles. He can heal hurting bodies and hurting hearts. Olga needs to know that and maybe you do too! God changes hearts. He changed ours. The Lord literally lifted us off of our feet six months ago when He put little S in our lives. He changed our course, set us on a new direction. We have no clue where it will take us and what it will look like. But this I do know. He has promised to go before us and make the rough places smooth (Is. 45:2). He has promised to lead the blind (that's us) by a way we don't know and to guide us down a path that is unfamiliar (Is. 42:16). Yes, it's a path of foolishness, but I know that there is ONE who has walked ahead of us down this very path. His blood-stained footprints lead the way. His nail-scarred hands are always reaching out to steady, comfort, and guide us.

So here's a picture of Olga again. I know it's the same picture I posted a few days ago. This time when you look at that sweet face and those big eyes, I hope Olga's condition - cerebral palsy - seems small underneath the shadow of the cross! I pray that whatever fears and reservations you have about adoption shrink under the shadow of the cross, too! 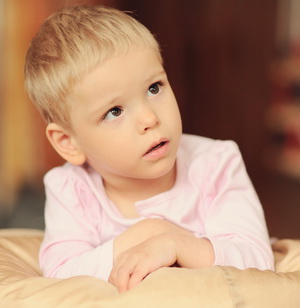 The power of God is manifest not in the wisdom of the wise nor in the prudence of the prudent,
but in CHRIST - Christ nailed to a cross. What could appear more utterly useless and foolish to the world than that?
Who could call on a man on a cross for wisdom? See where it got Him!
But it was the cross that saved us. Christ was nailed to the cross in order that we may no longer live for ourselves, but for God.