34. A Good Short Night of Sleep- S slept all night again (or at least until we had to wake her up at 3:30 am)! What a huge blessing that she slept all night, every night that we had her in the hotel!!!

35. First Flight- S's first time on an airplane was relatively smooth! She started to get a little agitated, but I fed her Puffs and sang a little song to her! We made it to Rome without a major meltdown, and Will and I were both very relieved! It was an extremely small and crowded airplane! Thank You, Lord, for traveling mercies and for helping us know how to calm S!

36. Connecting Flight in Rome - We made it!!!! This is a HUGE mercy! We only had a little over an hour to go through security, catch a tram, and check in for our big flight across the big lake, and we made it! We were running FAST and praying HARD as we booked it through the Rome airport! We left her stroller on the first plane since we didn't have time to wait to pick it up...so Will toted the luggage and I toted S! We were both sweating by the time we reached our gate! I don't think I've ever been so glad to board an airplane! Our merciful Father hears our requests!

37. So Far So Good- Now, as I am typing, we are flying over the Atlantic...S has not slept yet, and she's been pretty calm for the most part! But, she's been up for over 12 hours, without a nap, without getting to run around, strapped in a seatbelt she's not happy about (there's been lots of turbulence), and I can tell, she's on the verge of a meltdown! She seems unaffected by the medicine we've given her to help her sleep, but Will and I are doing some serious praying right now! It would be awesome if she would just fall asleep for even just a little bit!

38. Friendly Faces - When our taxi dropped us off at the Sofia airport, there was an extremely long line outside the airport. It seemed a little unusual since it was 5:30 in the morning, but we made it through the first line fine, but once in the airport, there was not a lot (not any) direction as to where to go. Although we've been through this airport before, this time we were on a different airline. We prayed our way to the right line, and finally met a friendly face and a voice that spoke a language that we understood. Praise the Lord! Once again, the Lord provided us with the help we needed in the Rome airport...Mercies everywhere! As soon as we boarded our trans-Atlantic flight, I made friends with the stewardess! It turns out that she is a Christian, and she's had such a sweet, helpful spirit! Our seats were not together, and I knew this flight would require total teamwork (understatement of the year!!!)...So she arranged our seat change for us immediately and has taken care of us the entire flight so far!

38. Numerous Opportunities to Witness and Share S's Story - As I was telling the stewardess why we decided to adopt, there were several people around us who overheard our conversation! It was a great chance to speak the name of Jesus and share how the Lord moved our hearts to choose this special little girl sitting by my side! We answered a ton of questions and had great conversations about the plight of so many little ones in Bulgaria. If any of you would like to know more, I would love nothing more than to have that privilege! In fact, just a few days ago I received an email about a whole bunch of children from a specific orphanage in S's OLD country whose files have just become available for adoption...Oh, there are SO VERY MANY who need a momma and daddy!

39. The Halfway Point - The flight map just popped up on the screen...We're halfway across the ocean...halfway home...still awake...starting to let everyone know how she feels...praying for a nap! 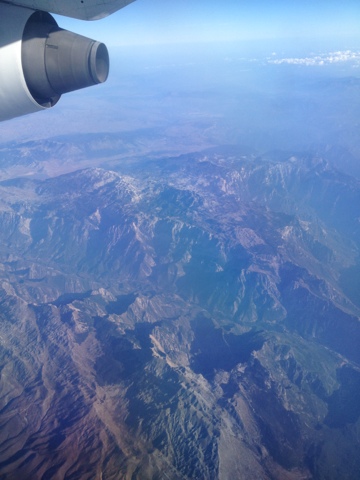 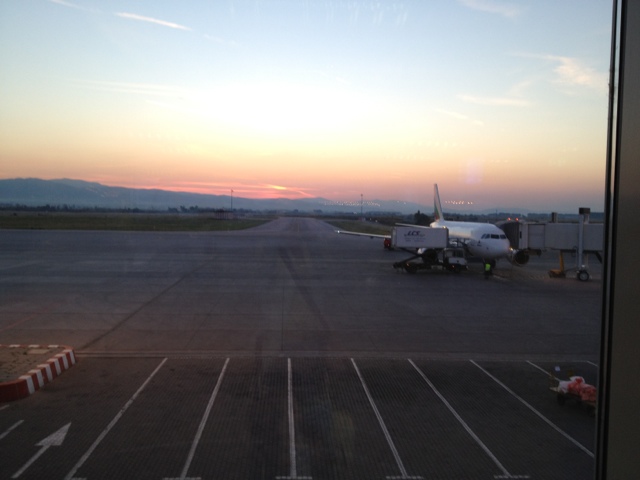