Faith's Path {and Where Gold Shines the Brightest} 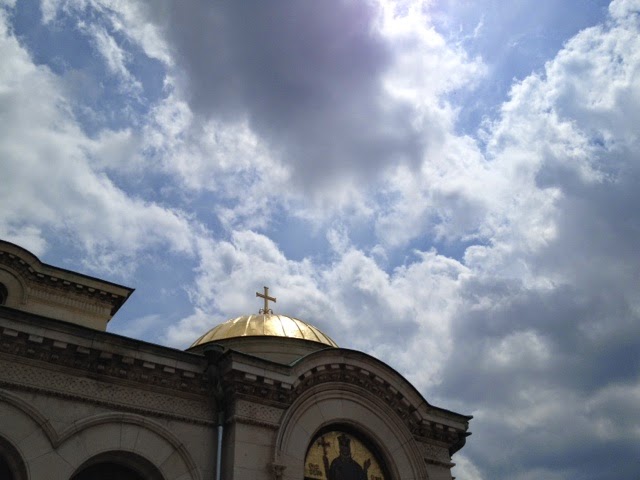 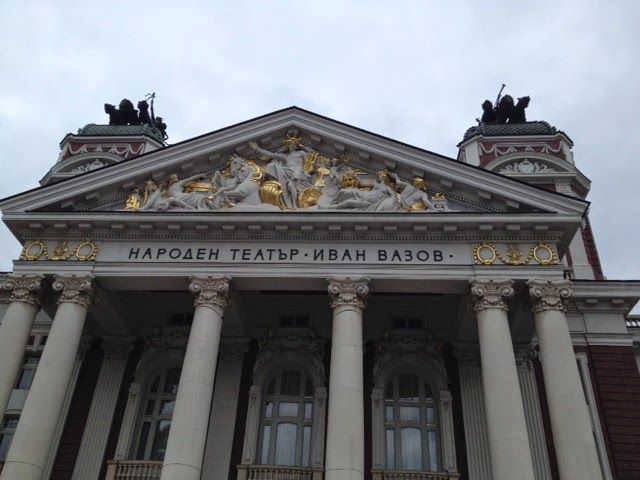 Faith grows during storms. These are just four little words, but what significance they have to someone who has endured life-threatening storms! 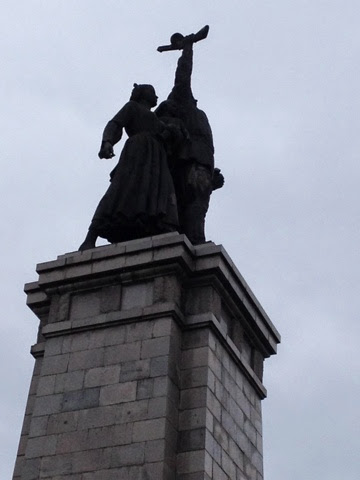 Faith is the God-given ability, that when exercised, brings the unseen into plain view. It deals with the supernatural and makes impossible things possible. And yes, it grows during storms-that is, it grows through disturbances in the spiritual atmosphere. Storms are caused by conflicts between the physical elements, and the storms of the spiritual world are conflicts with supernatural, hostile elements. And it is in this atmosphere of conflict that faith finds its most fertile soil and grows most rapidly to maturity. 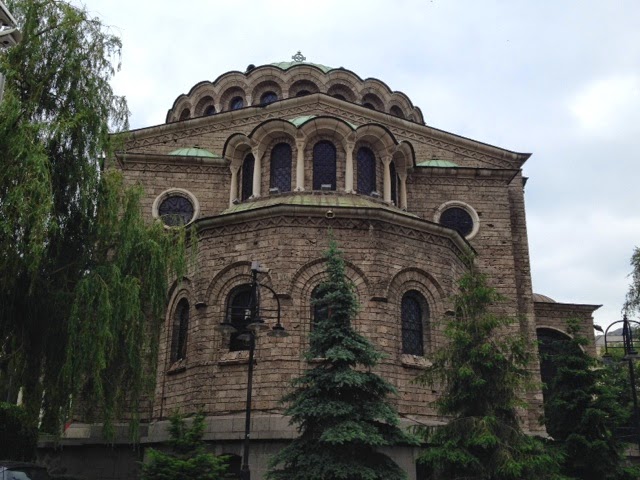 The strongest trees are found not in the thick shelter of the forest but out in the open, where winds from every direction bear down upon them. The fierce winds bend and twist them until they become giant in stature. These are the trees that toolmakers seek for handles for their tools, because of the wood's great strength. 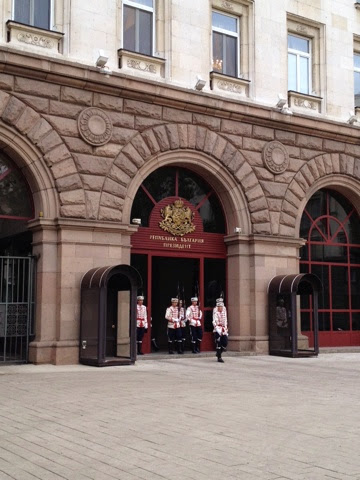 It is the same in the spiritual world. Remember, when you see a person of great spiritual stature, the road you must travel with him is not one where the sun always shines and wild flowers always bloom. Instead, the way is a steep, rocky, and narrow path, where the winds of hell will try to knock you off your feet, where sharp rocks will cut you, prickly thorns will scratch your face, and poisonous snakes will slither and hiss all around you. 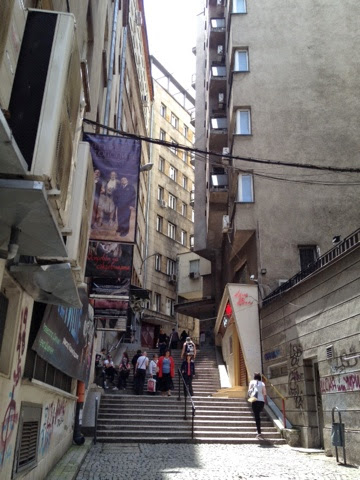 The path of faith is one of sorrow and joy, suffering and healing comfort, tears and smiles, trials and victories, conflicts and triumphs, and also hardships, dangers, beatings, persecutions, misunderstanding, trouble, and distress. Yet, "in all these things we are more than conquerors through Him who loved us" (Rom. 8:37). 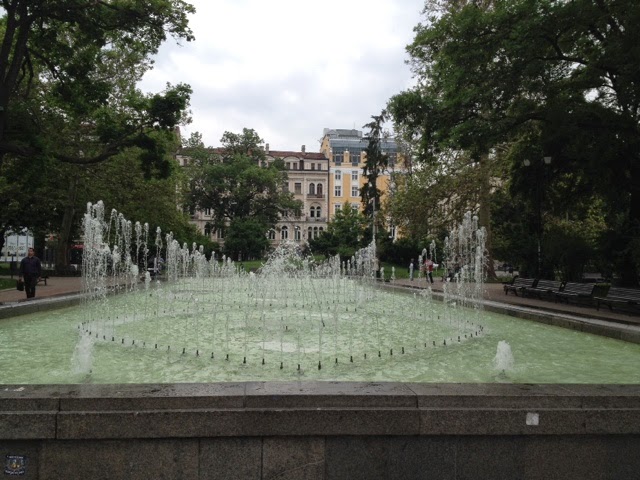 Yet, "in all these" - even DURING STORMS, when the winds are the most intense - "we are more than conquerors." You may be tempted to run from the ordeal of a fierce storm of testing, but head straight for it! God is there to meet you in the center of each trial. And He will whisper to you His secrets, which will bring you out with a radiant face and such an invincible faith that all the demons of hell will never be able to shake it. ~ E.A. Kilbourne 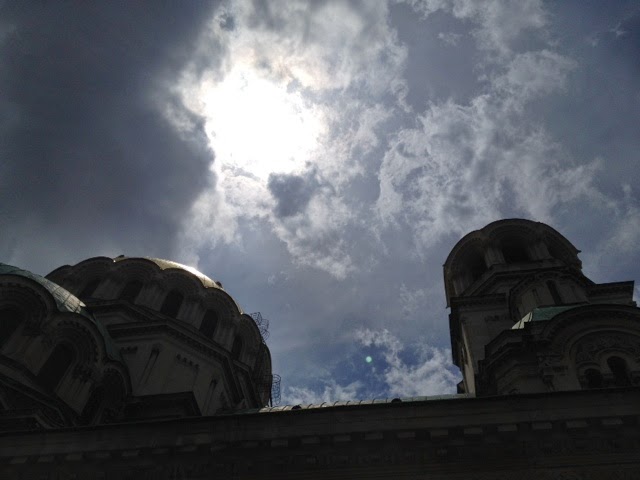 Well, the rain is clearly coming. I can see the clouds gathering and the wind picking up as I'm sitting here on the window ledge here in our hotel. It's not much of a view. Red-tiled roofs, crumbling brick walls, a few trees scattered between some apartment flats.  It's all there is to see, unlike the rooms in the front of the hotel that face the charming square and the golden domes of the cathedral. And, while I might have enjoyed that view better, watching the ever-moving hustle and bustle of this busy city with it's incredible architecture, in hindsight, I see how merciful the Lord was to put us right here in this back room with its dingy views! That beautiful square is the sight of many of the protests that I mentioned a few days ago. They normally start up when people get off of work, around 6, and the past few nights they have gone on for several hours. And, although I haven't seen any of it firsthand, I've heard a little bit of the raucous, and I'm quite sure it's much quieter here, here with our less-than-charming view, than on the front side of the hotel. 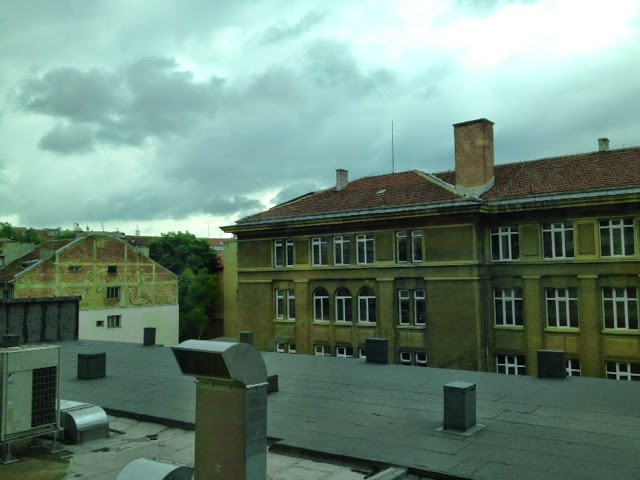 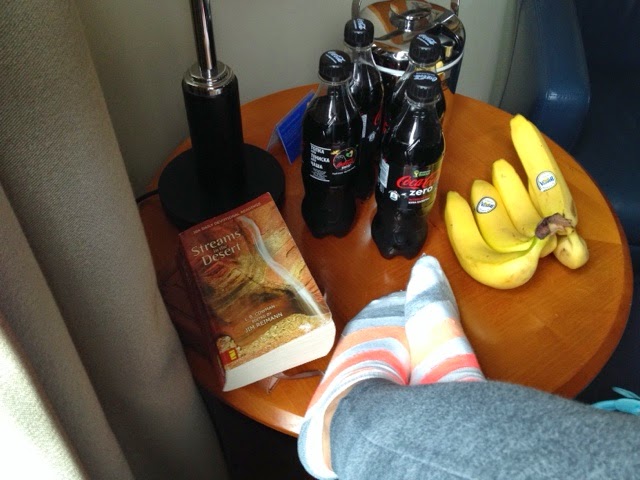 How grateful I am for the countless ways that He is providing. Today has been yet another example of His faithful provision. 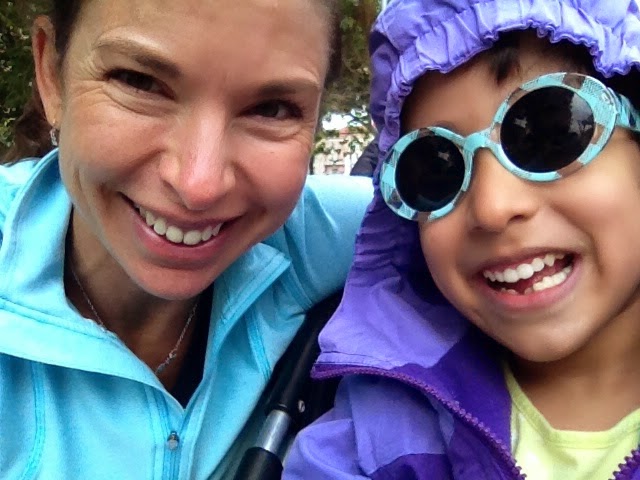 When I checked the weather forecast yesterday and saw what was coming these next few days, I have to admit - I was discouraged. Heavy rains, strong winds, severe thunderstorms, possible hail, flash floods. Apparently, this is typical for this time of year, especially here in Sofia.

Not the type of forecast I was hoping for. It's rained everyday that I've been here, but only at night. The weather has been wonderful during the day, allowing us to spend much of our time at the nearby park or braving the sidewalks and admiring the beautiful buildings nearby. I think all of the fresh air and sunshine has done both of us good {I know for a fact that it has been good for my soul!}, and it's helped to pass what could be some incredibly long days! So, when I woke up this morning and saw the clouds, my heart sank.

Oh, me of little faith! How quickly I forget that His mercies come new with every sunrise, even when they are obscured by clouds! 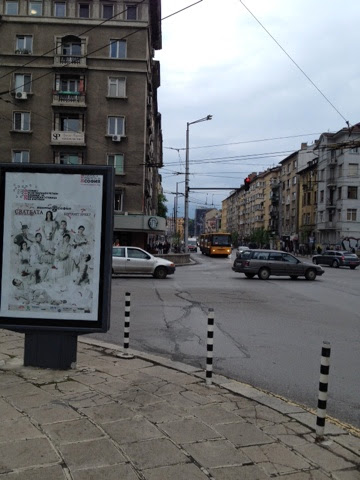 *Can you see the snow-covered mountains in the background? Can you see what else I discovered? A Starbucks! I didn't attempt to get any coffee! It's hard enough in our own country to order from one of these fancy coffee places! :)

And on a day when the mountains and storm clouds off in the distance blended into one, Faith Ana and I were able to enjoy another fun day together, predominately outside and with only a few little sprinkles every once in a while! {I'm pretty sure the Lord sent those to remind me that, really truly,  He does know my way!} 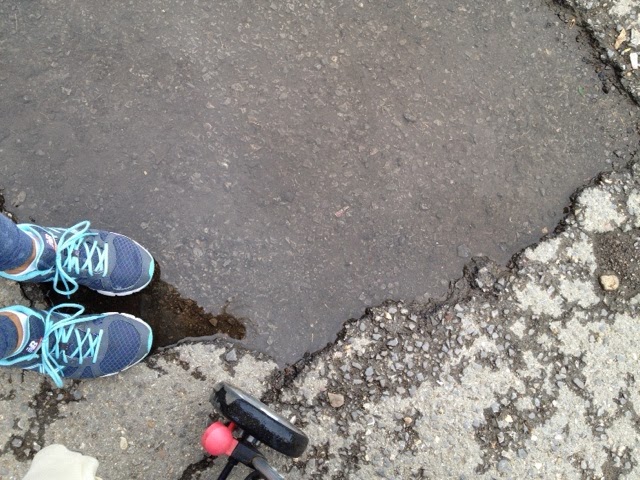 *We were forced to sidestep quite a few puddles, but that was not a problem! :)*

We actually did more walking today and went further than we have been all week. All on a day I was convinced that we'd be stuck inside. 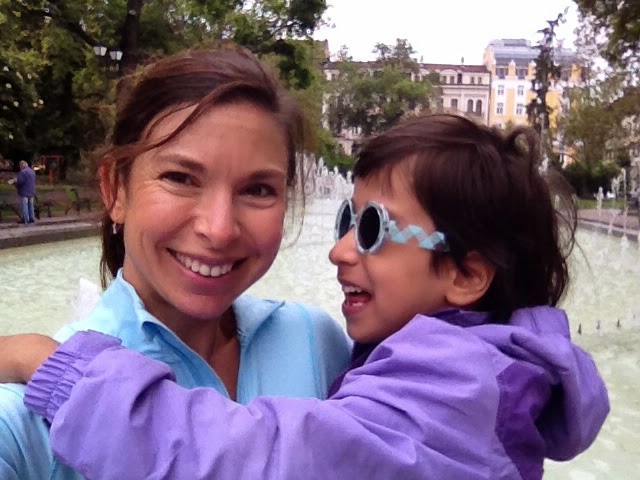 We discovered several fountains, which Faith Ana was mesmerized by. I'm pretty sure that she would have been happy to stay there all day. Me too! It was such a humbling experience watching her take such delight in something most of us take for granted. Oh, for eyes to see like hers. 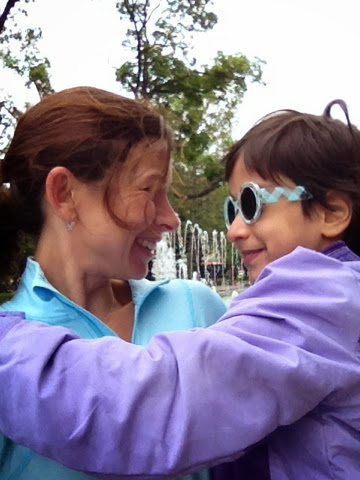 The temperature was much cooler, and I was thankful that I added S's purple raincoat to my bag at the last minute. It fit her new sister perfectly and kept her warm as we ventured through Sofia. She insisted on wearing her sunglasses, which, of course, makes me smile. The same sunglasses that she violently shoved away the first time I put them on her earlier in the week, now, she wants to wear all the time, even on this overcast day. I, on the other hand, didn't wear mine. It's the first day I haven't needed them... 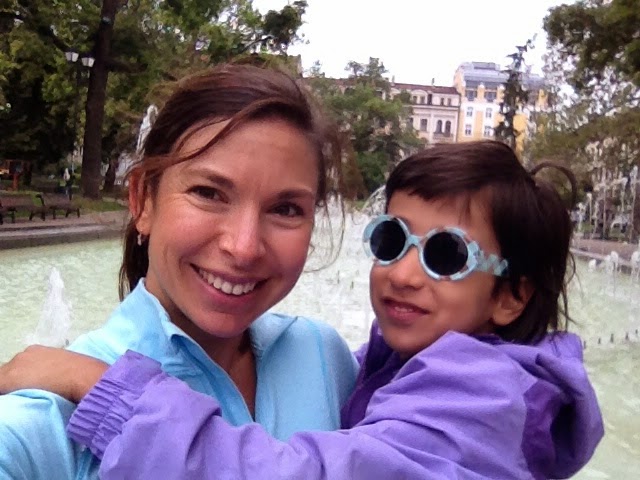 And, do you know what? Today, against the backdrop of what I would usually consider a very gray, dreary cloudy day, I feel as if I could actually see everything in this city more clearly. The colors seemed brighter. Enhanced. I noticed things I had missed every other day. I've walked up and down these streets more than a dozen times since last Saturday, and never have I noticed all of the amazing hues I saw today! Yes, I had always been impressed with the ornate structures and the imposing statues, the big columns and the tall golden domes, but how had I not noticed their vibrant colors? 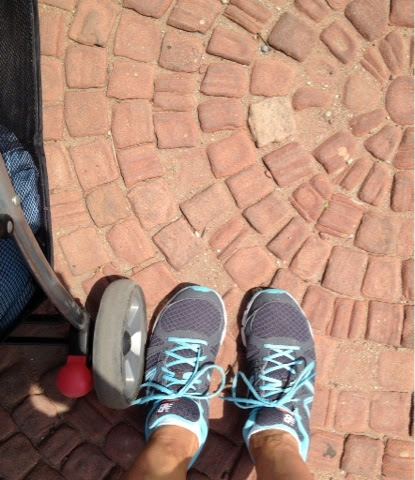 Had the sunshine kept me from truly seeing? 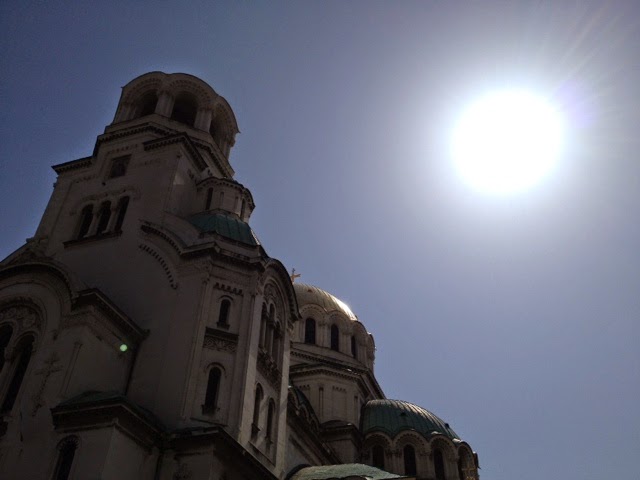 It took the clouds for me to really see their deepest beauty!

This afternoon when we walked {and walked and walked}, I was pretty sure that we couldn't get lost. There's a few landmarks that are hard to miss, and I've been here long enough that I have my bearings straight. Or so I thought! After a few minutes of seeing only unfamiliar sights; although enjoyable, I was beginning to wonder if we had wandered too far. {Don't worry, Will. I really did know the general vicinity of where I was. I had just gone a little further than I realized.} But, after a little more navigating these sidewalks and busy alleys, full of their many potholes and puddles, we finally rounded a corner, and there they were... 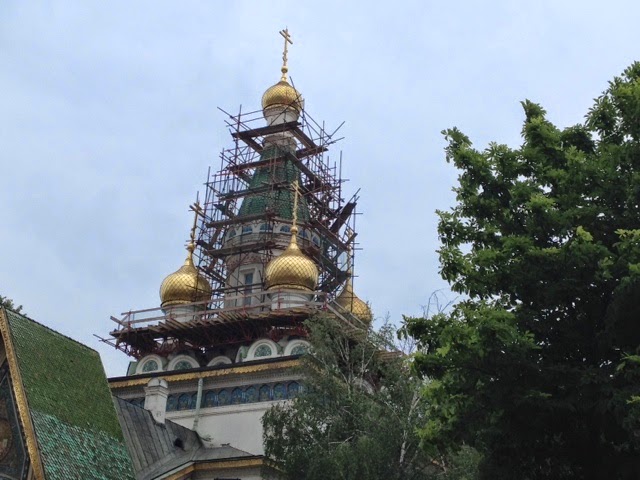 Those golden domes of the Russian Church St. Nikolay. Five beautiful golden domes. And then just a little further ahead, off in the distance, I could see the golden domes of Alexander Nevsky Cathedral. Our hotel is right across the street! 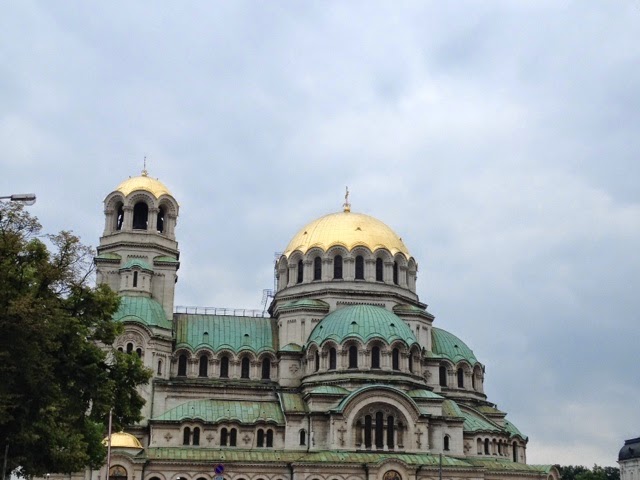 Do you know how brilliant gold shines against a gray, overcast canvas. It was incredible, and all I could think about were those words from Job that I had read this morning...

I will come forth as gold.

And for the rest of the day I have been praising God for clouds and golden domes, for paths of faith, for mercies too many to count, and for the many, many ways He continues to remind me of His faithfulness!

XOXO,
Melanie
Posted by Melanie at 5:52 AM